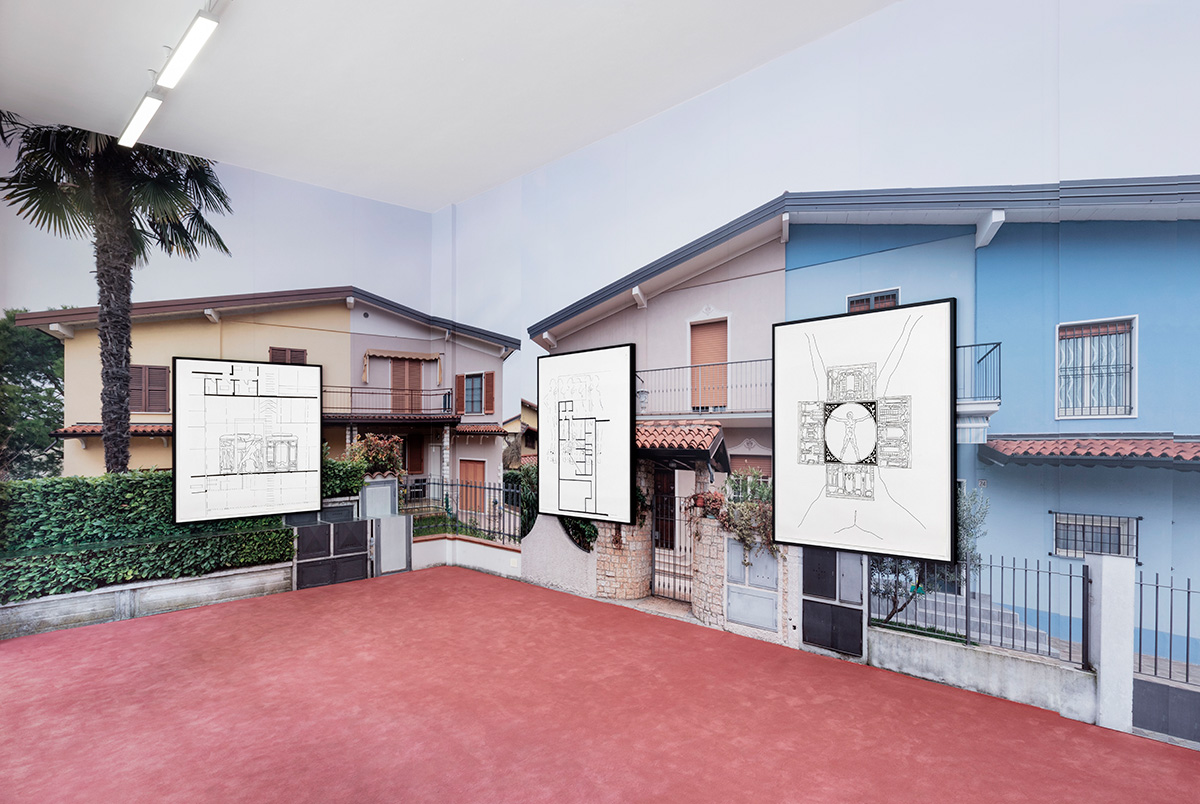 This is unrequited love, which is always going around so you can catch it, and get sick with it, and stay home with it

From The Collected Stories of Diane Williams, 2018

Galleria Raffaella Cortese is pleased to present Unrequited Love, the second show by Monica Bonvicini, which develops across the gallery’s exhibition spaces in via Stradella as if it were three solo exhibitions.

Galleria Raffaella Cortese is pleased to present Unrequited Love, the second show by Monica Bonvicini, which develops across the gallery’s exhibition spaces in via Stradella as if it were three solo exhibitions.

For years, the artist has been carrying out photographic documentation of family houses in Lombardy that were designed and built towards the end of the 1960s for the ‘traditional’ family of the time. The current appearance of these buildings, once rigorously identical in all their parts, reflects the economic and demographic changes of their communities in the past fifty years, resulting in discordant and incompatible aesthetics that create unusual and curious juxtapositions. Three of the houses that make up the photographic series Italian Homes (2019) cover the walls of the space in Via Stradella 1; the series will be shown in its entirety on the occasion of the artist’s solo exhibition at OGR – Officine Grandi Riparazioni in Turin this fall. Placed on top of this wallpaper, three large scale works on paper from 2002, Places of ID (Three People at the…), Pin Up Girl, and Vitruvius, offer intriguing relationships between architecture, history, and sexuality. From the wall to the right, a cast bronze hand emerges at an unusual height; Grab Them by the Balls #2 (2019) suggests a clear answer, not without humor, to the patriarchal power that diminishes female reality.

The underground space at number 7, left completely dark, is illuminated by the suspended sculpture Bent on Going (2019), an array of LED light tubes connected by an intricate weave of electric cables. Light installations are among the most recognizable works by the artist, who employs light for its powerful ability to define spaces, although light itself is immaterial. New drawings from the Hurricanes and Other Catastrophes series, begun after Hurricane Katrina (New Orleans, 2005), are shown on the wall. With this series of drawings, over ten years ago Monica Bonvicini started to raise awareness on the ever so urgent issues of Capitalocene and climate change. Recent events, such as the unprecedented destruction of the Bahamas caused by Hurricane Dorian and the Global Climate Strike on September 20th, show us that ecological concerns are inevitably and strongly political and economic.

In via Stradella 4 a large screen-print on aluminum plates, conceived by the artist on the occasion of her recent solo show I Cannot Hide My Anger at Belvedere 21 in Vienna, almost entirely covers the central wall of the space. Monica Bonvicini has employed Marlboro advertising imagery in her practice since 1993; the screen-printed image is in fact from a poster of the time. The cowboy riding his horse next to a wooden fence and barbed wire is a figure that is even more disturbing today, considering the migratory flows that affect the border between Mexico and the United States as well as European territory. The iron and blown glass sculpture Fleurs du Mal (pink) is also from 2019. Pink glass objects hang from the hooks of a structure that recalls as an overblown portrait of Marcel Duchamp’s Bottle Rack (1914). This image describes a domestic environment that, like the prairie overseen by the Marlboro Man, is risky territory; Diane Williams’ words that give the exhibition its title prove this.

This is unrequited love, which is always going around so you can catch it, and get sick with it, and stay home with it, or you go out and go about your business getting anyone you have anything to do with sick, even if all that person has done is push the same shopping cart you pushed, so that she can go home, too, and have an accident, such as leanin over to put dishwasher powder into the dishwasher, so that she gets her eye stabbed by the tip of the bread knife, which is drip-drying in the dish rack.

From The Collected Stories of Diane Williams, 2018. 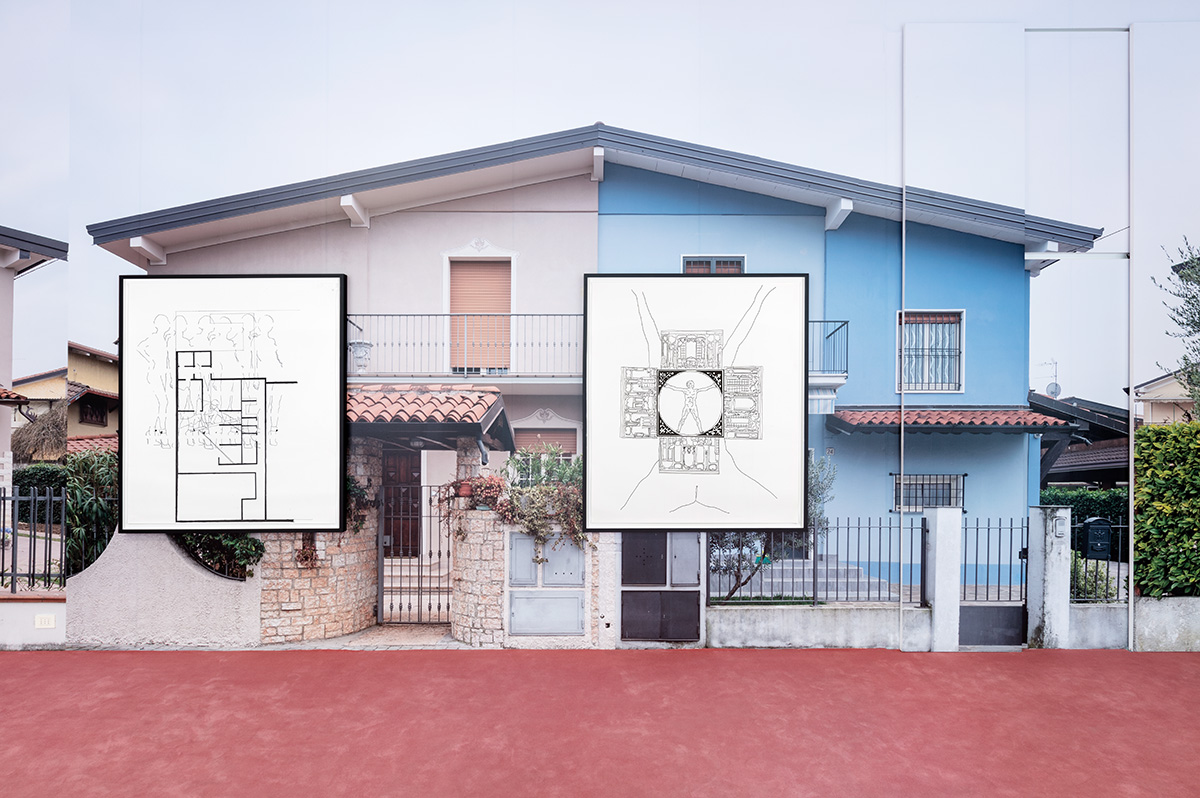 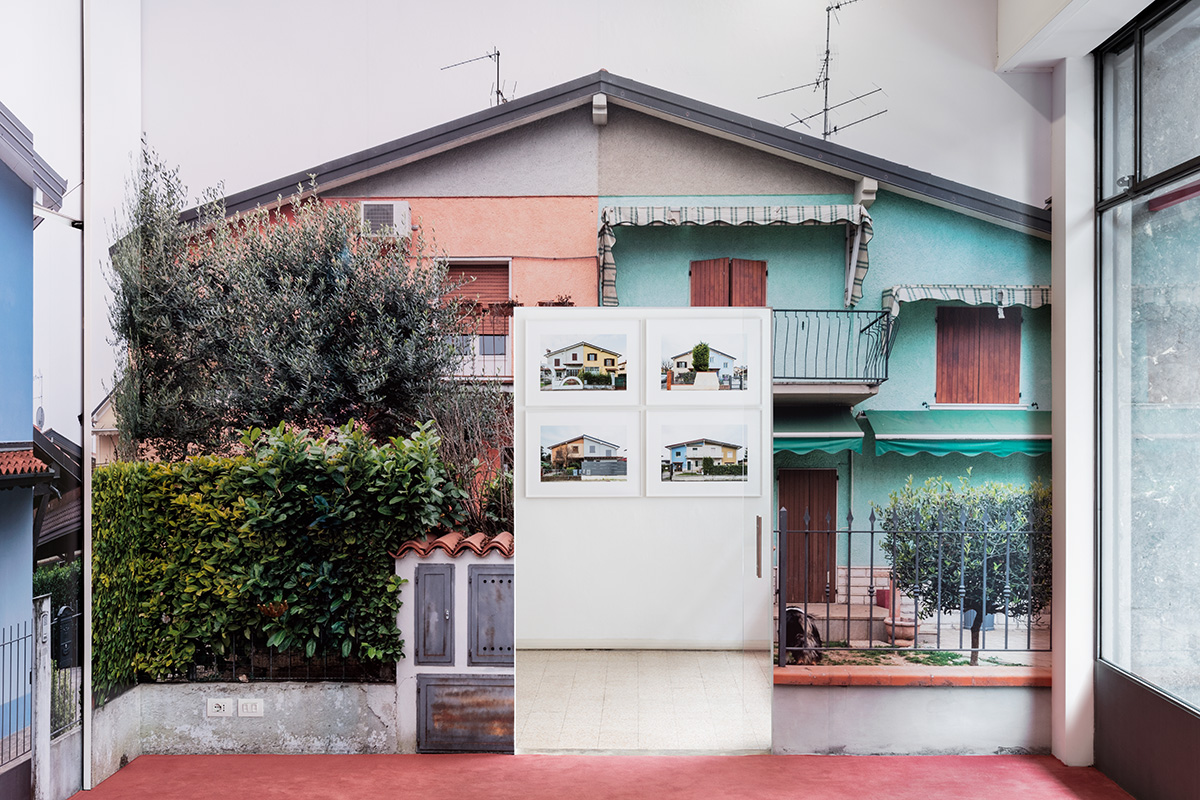 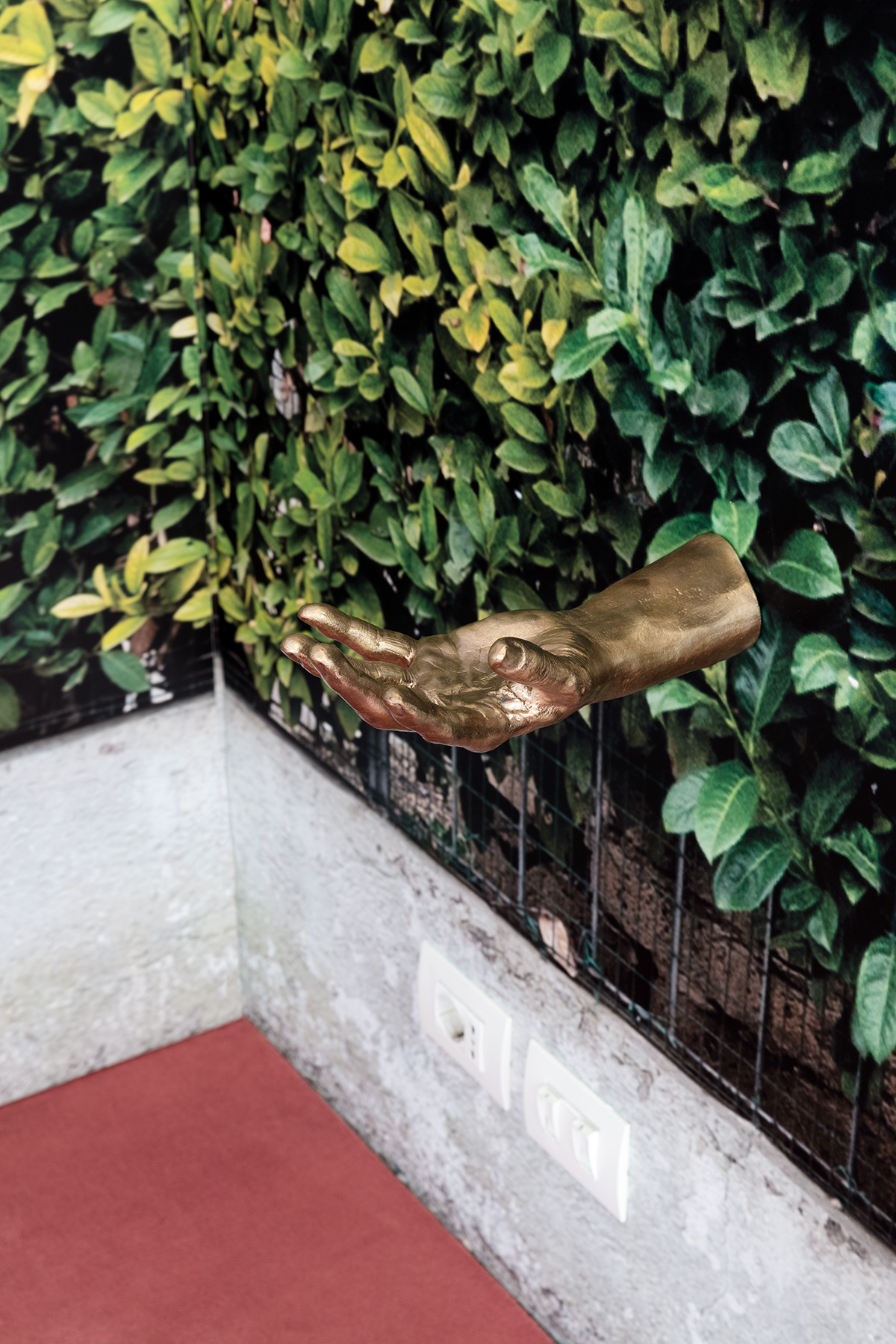 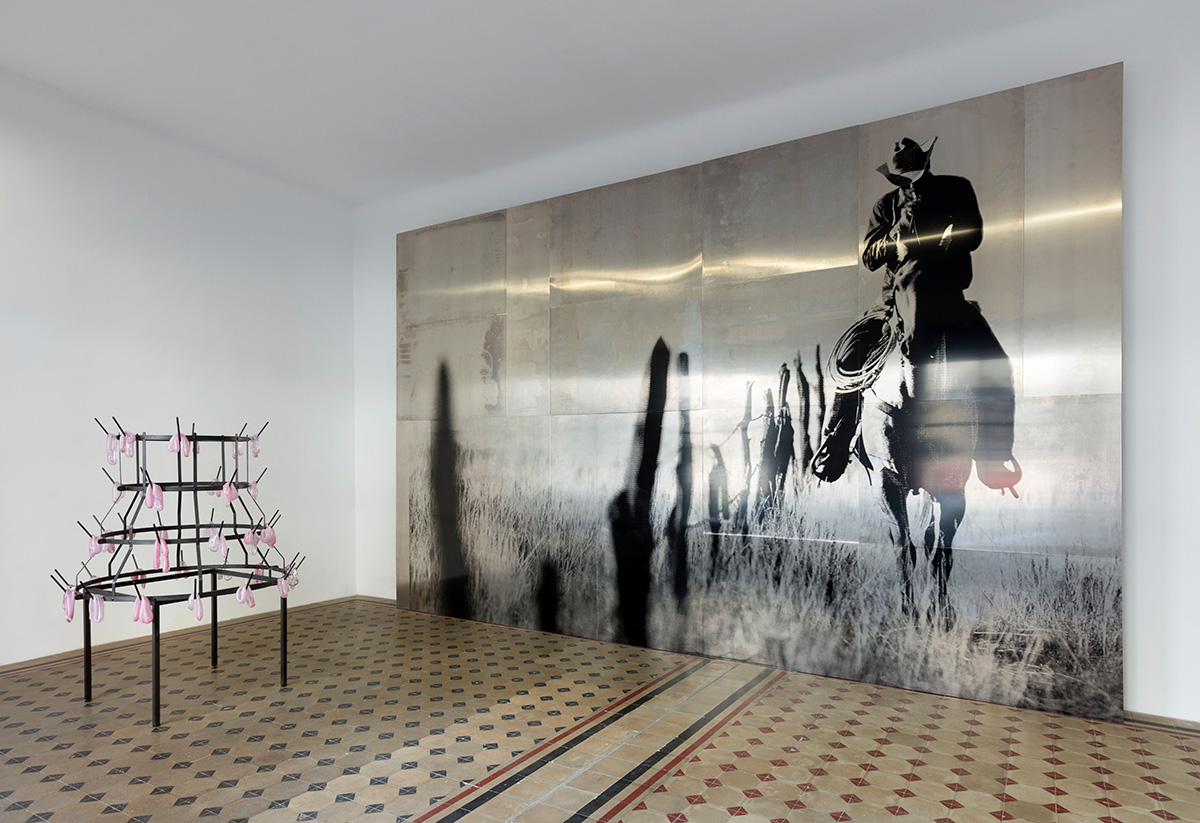 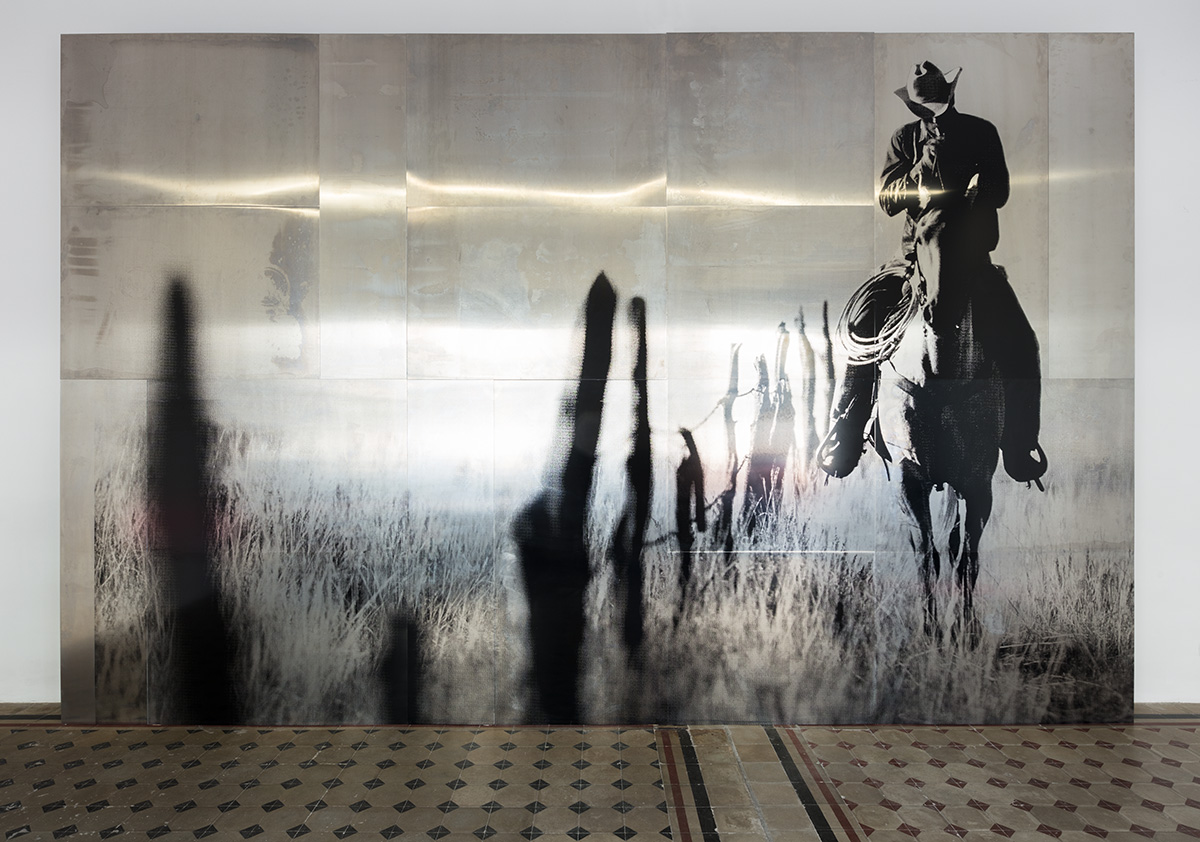 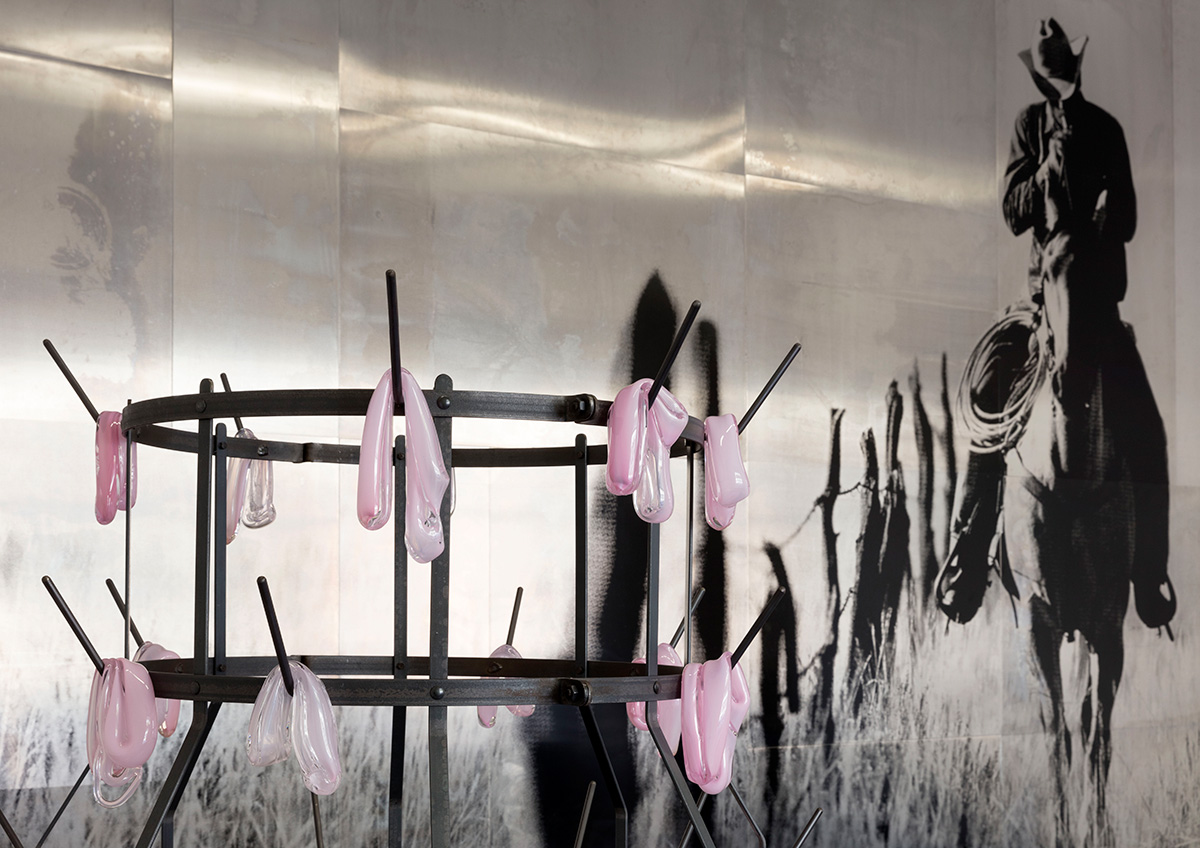 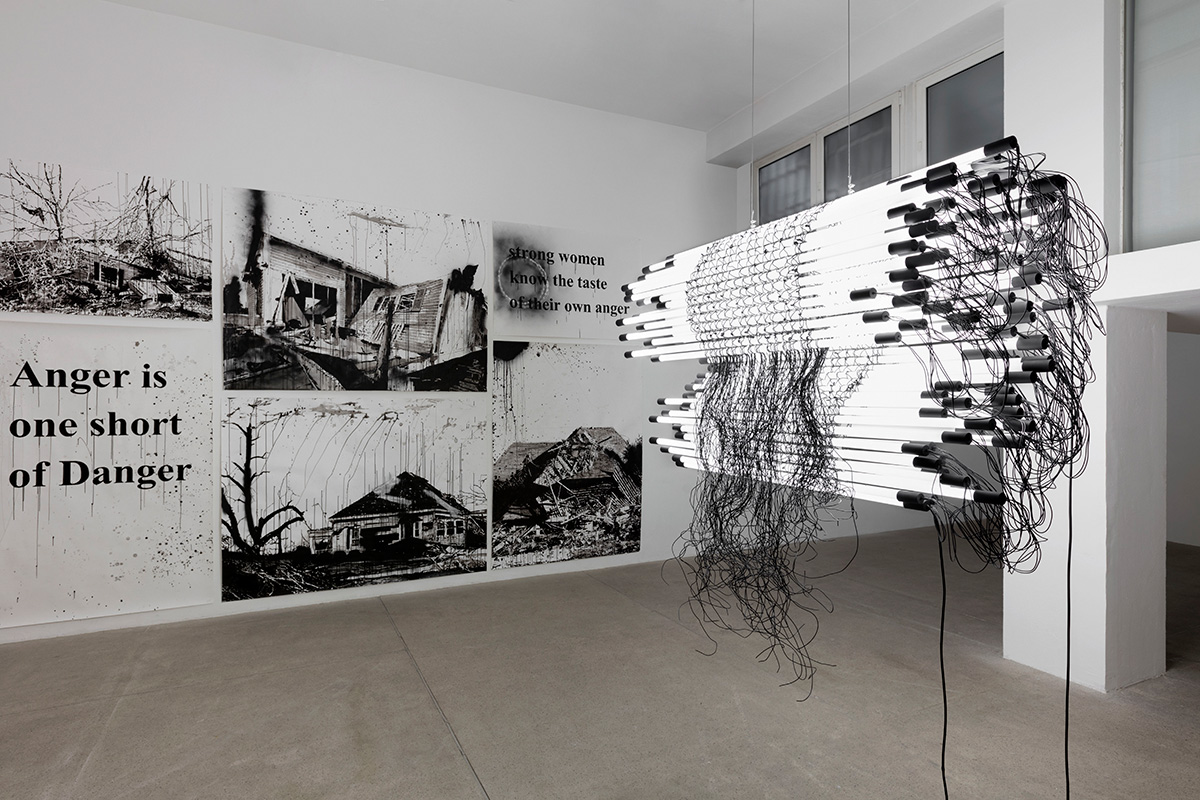 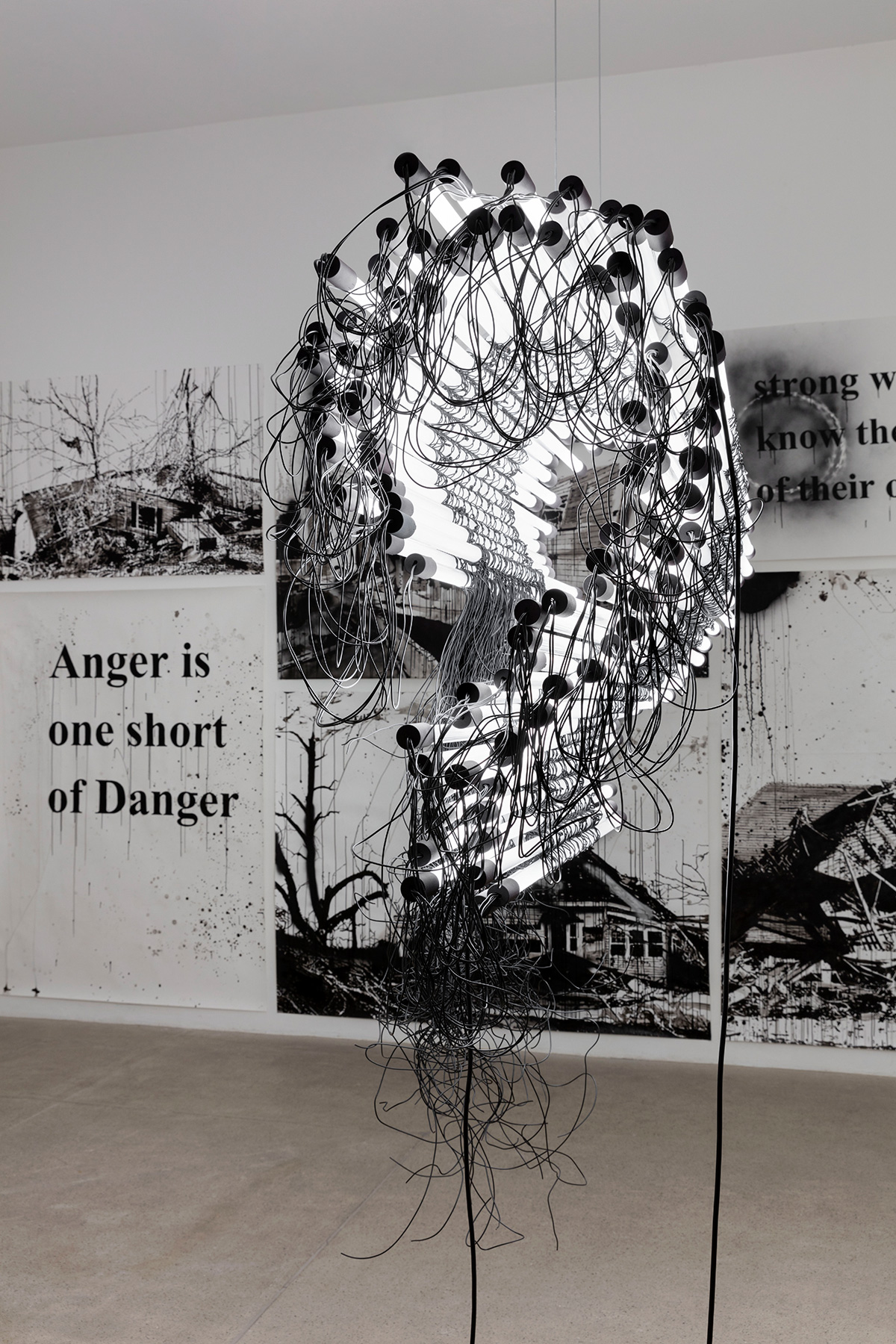 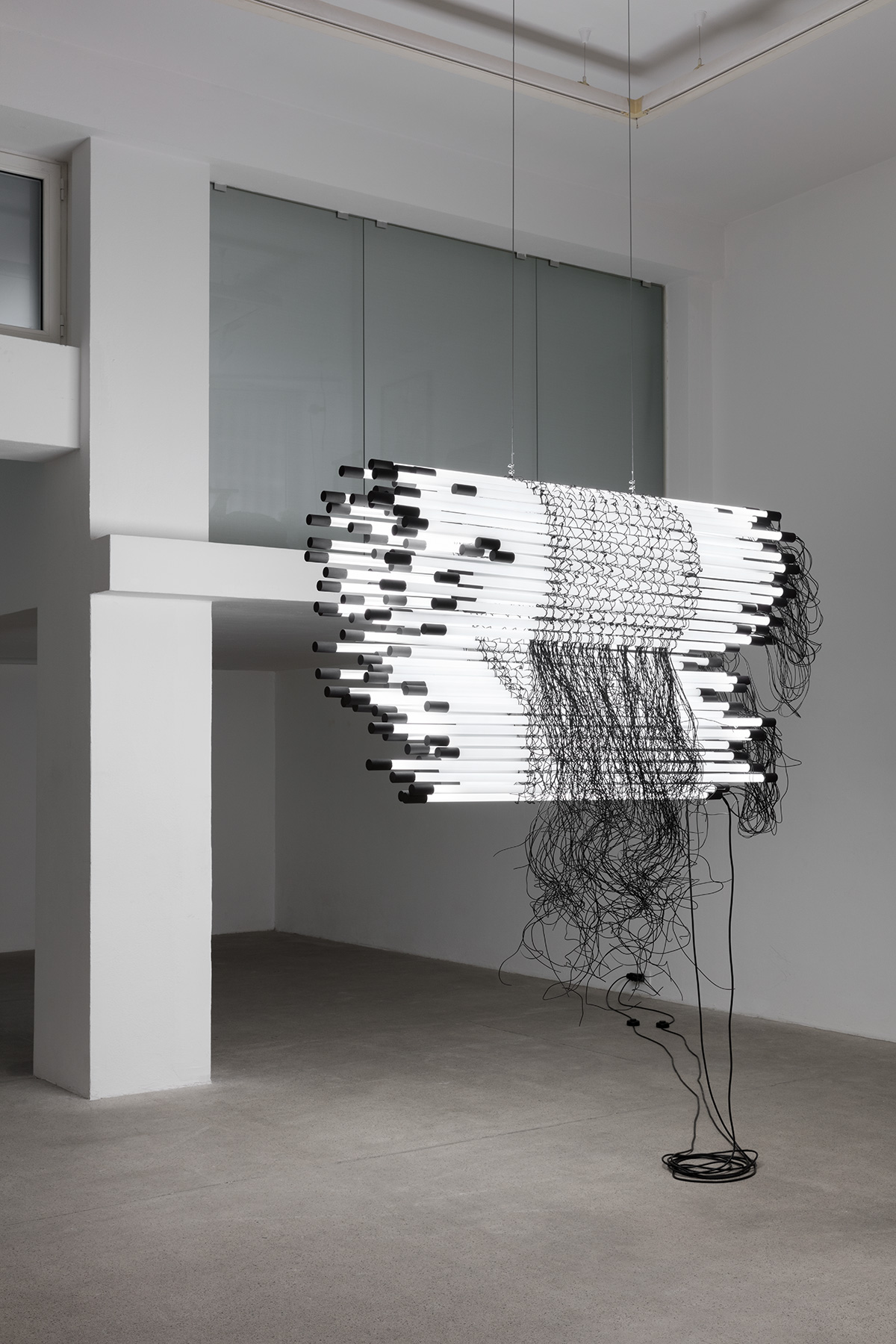 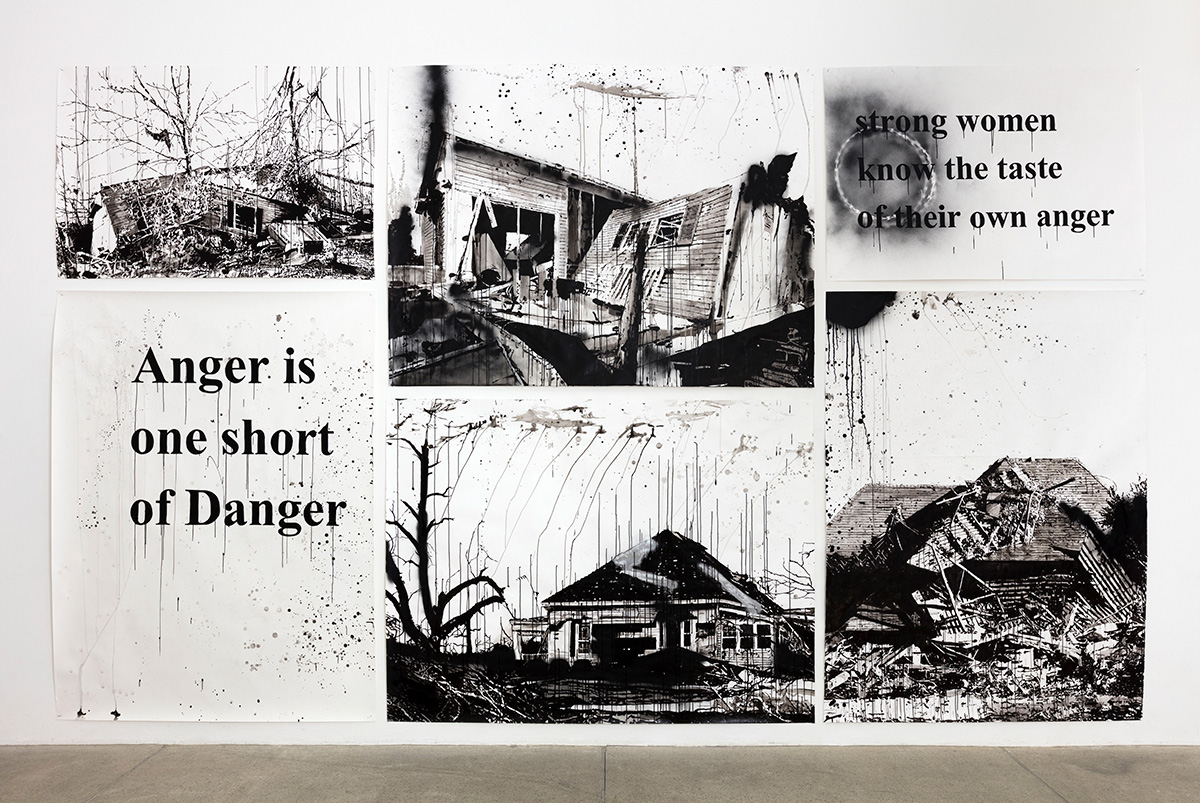