the tip of the iceberg 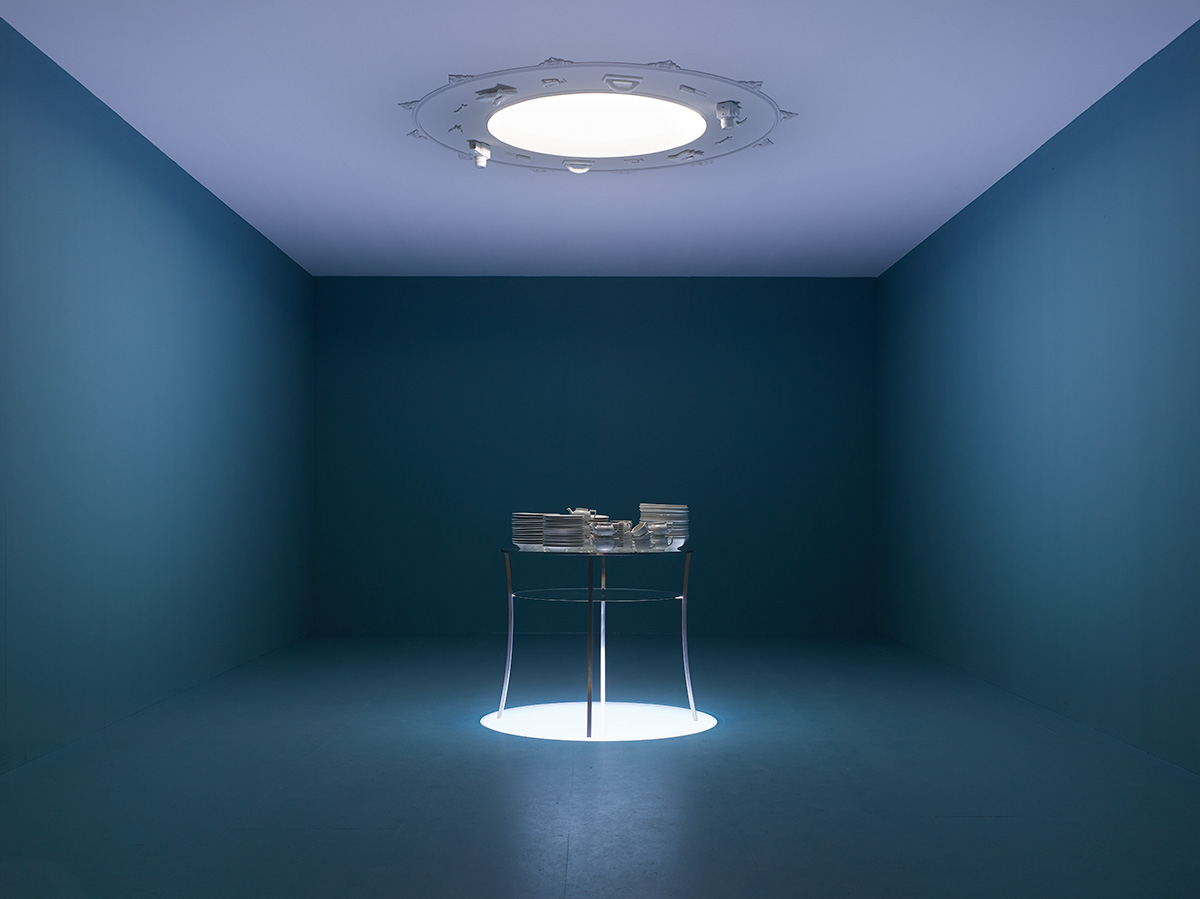 As part of the Unlimited sector, Galleria Raffaella Cortese is pleased to present Barbara Bloom’s landmark installation The Tip of the Iceberg, 1991 at Art Basel 2018.

In an environment that gives the impression of being underwater or in outer space, a circular table lit from below and above is stacked with porcelain tableware, all bearing the logo of the RMS Titanic. Though the Titanic entered into legend at the moment of her sinking, the 1985 discovery of her remains—and the photographs it produced—rekindled public fascination with the tragedy. Upon approaching the table, it is gradually revealed that the undersides of the dishes are printed with images from the Titanic wreck on the ocean floor.

Barbara Bloom drew the analogy between this debris field and the even more inaccessible one that hovers above us. There are currently about 11,000 pieces of junk larger than 10 centimeters orbiting the earth. Most are the result of satellite explosions, though there are also hammers and flashlights and nuts and bolts dropped by astronauts. According to NASA, an average of one catalogued piece of orbital debris has fallen to Earth every day for the past forty years, though, they tell us reassuringly, most burn up before touching ground. Above the table, a domed ceiling is surrounded by a frieze of carved objects, copies of waste listed by the NASA as being lost or discarded in outer space. The familiarity of the objects in the two debris fields combined with their astounding inaccessibility create a powerful sense of physical absence. 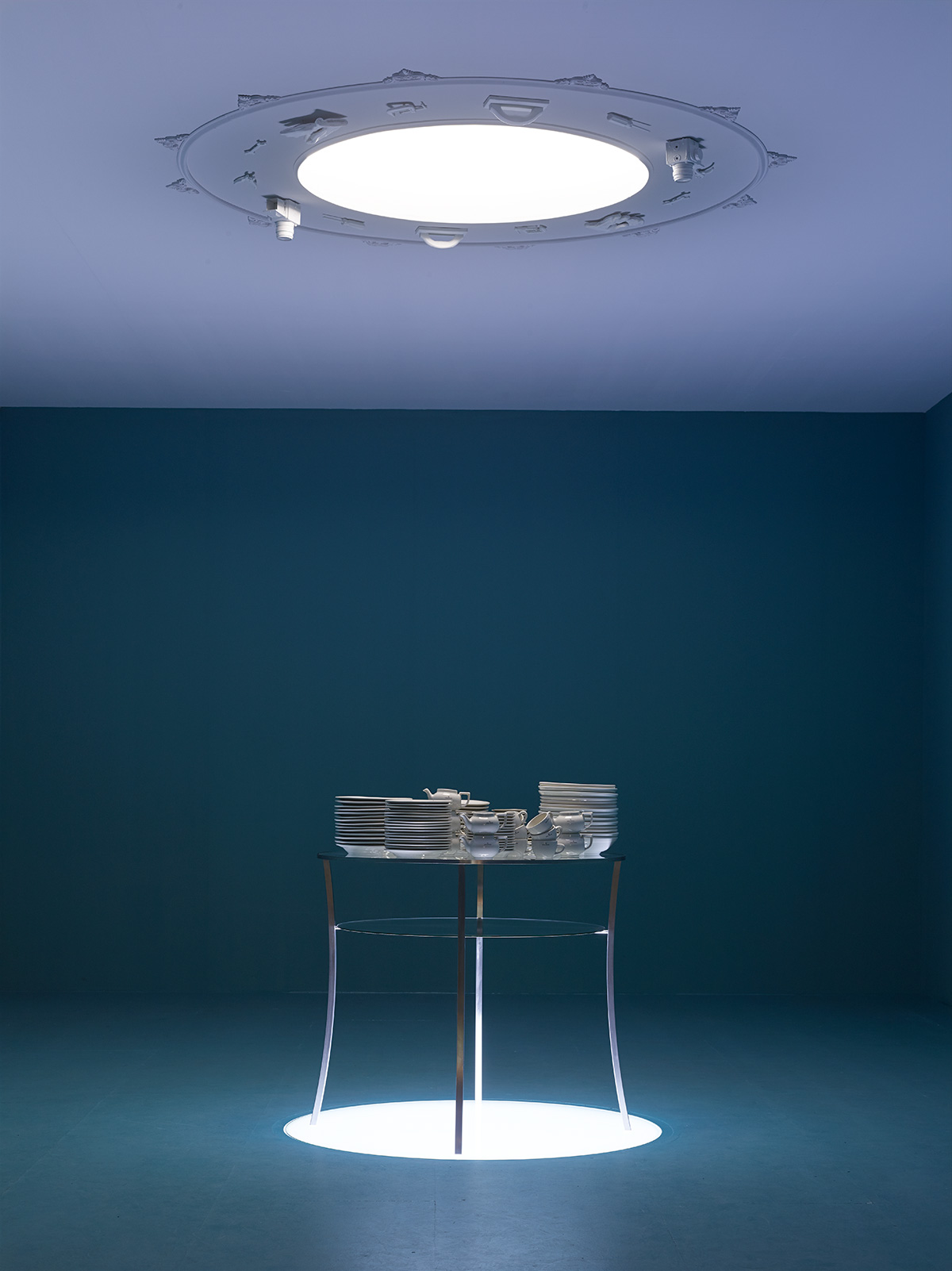 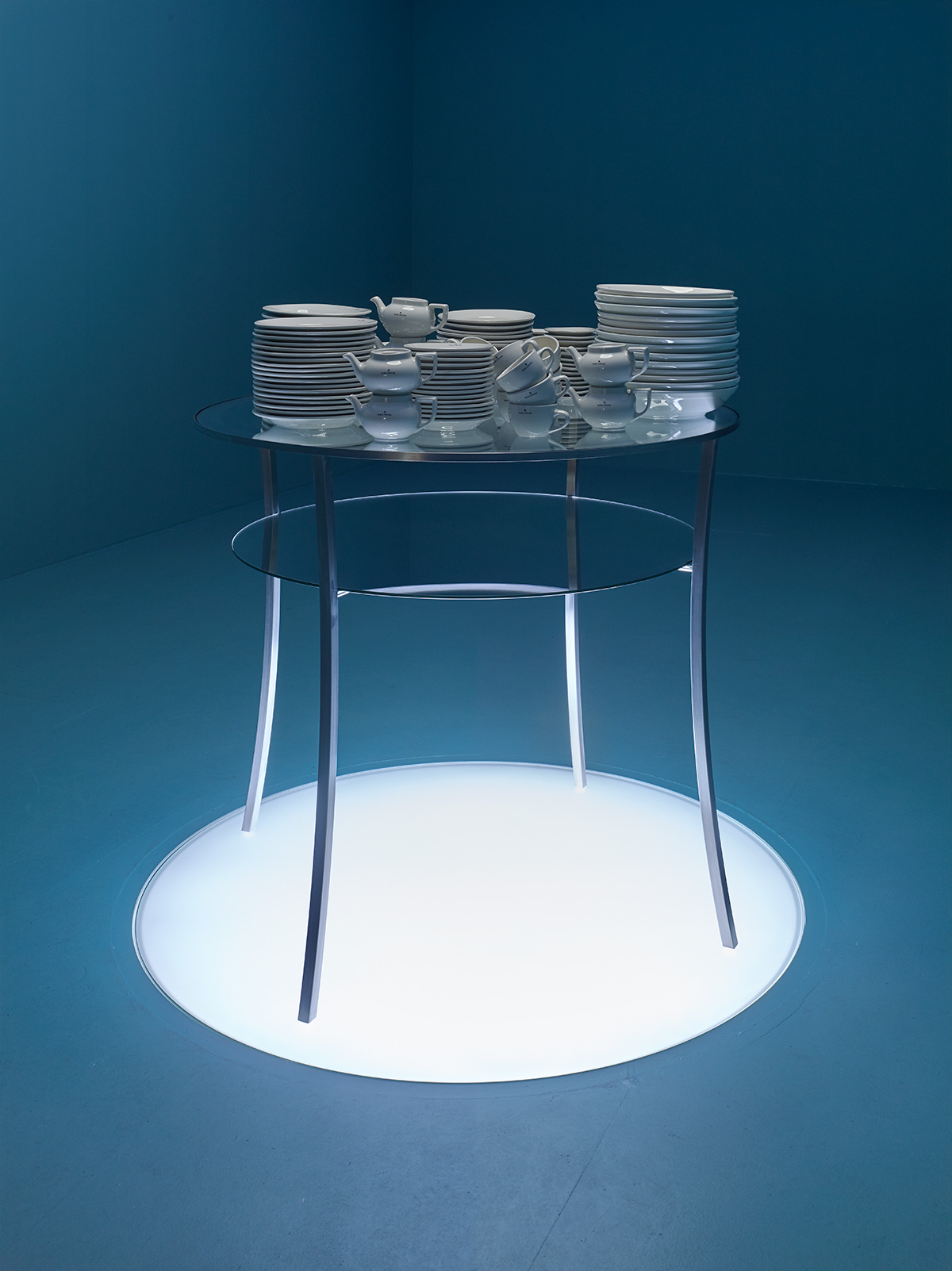 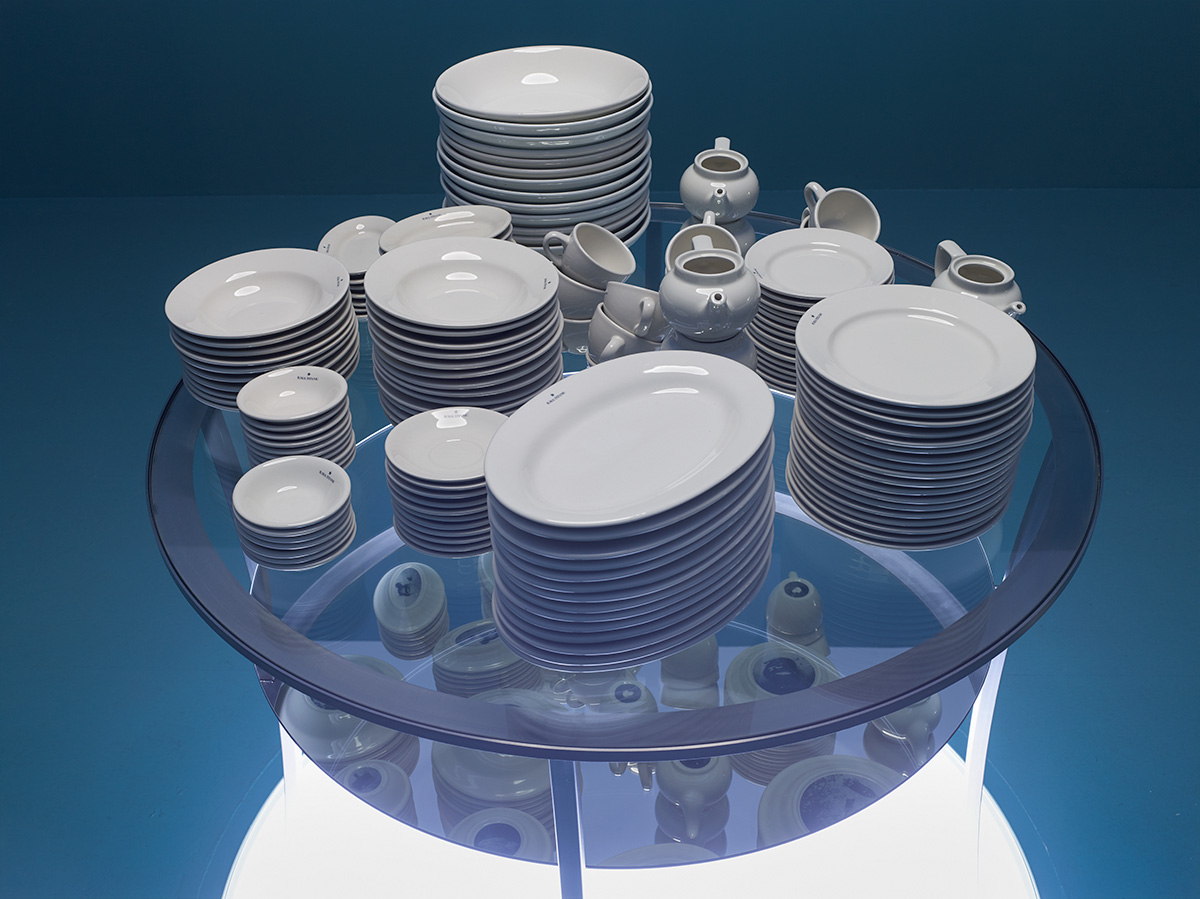 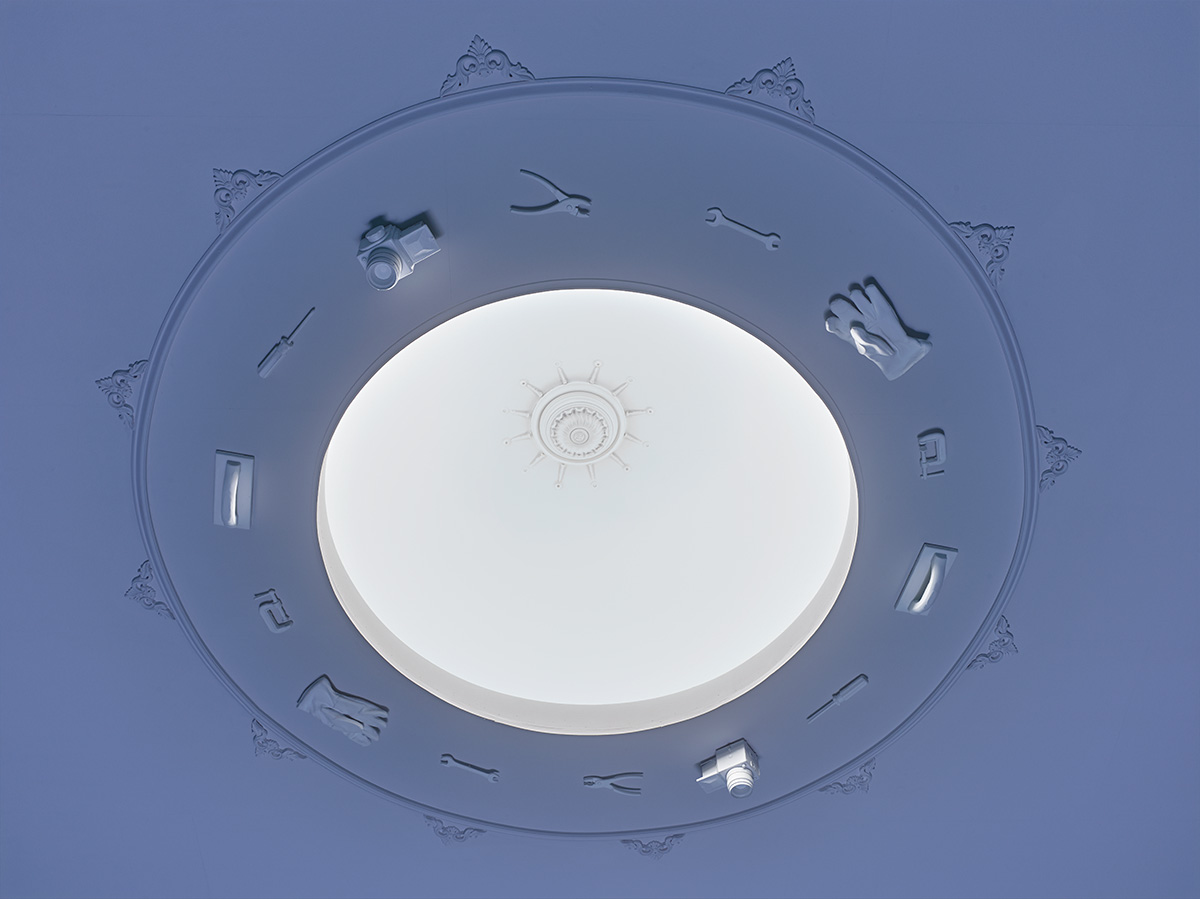 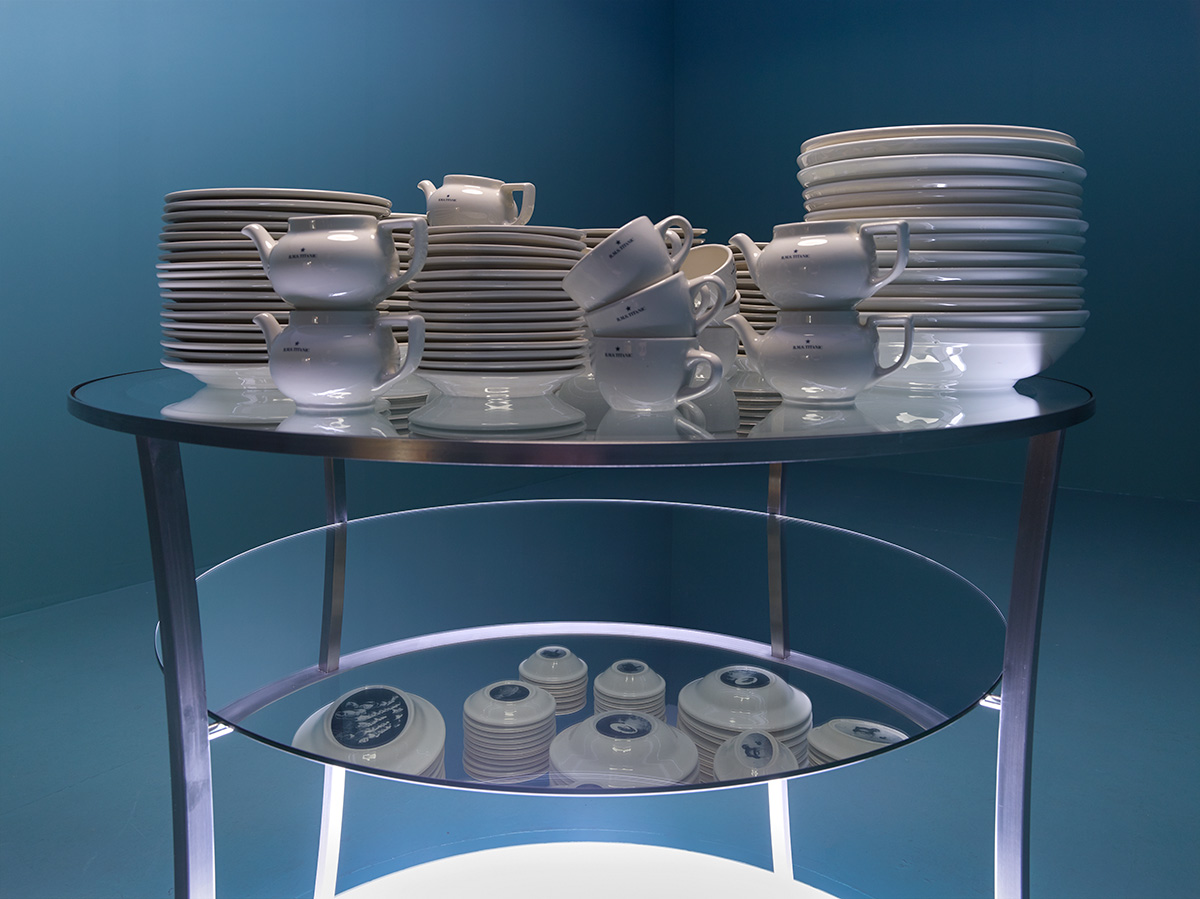