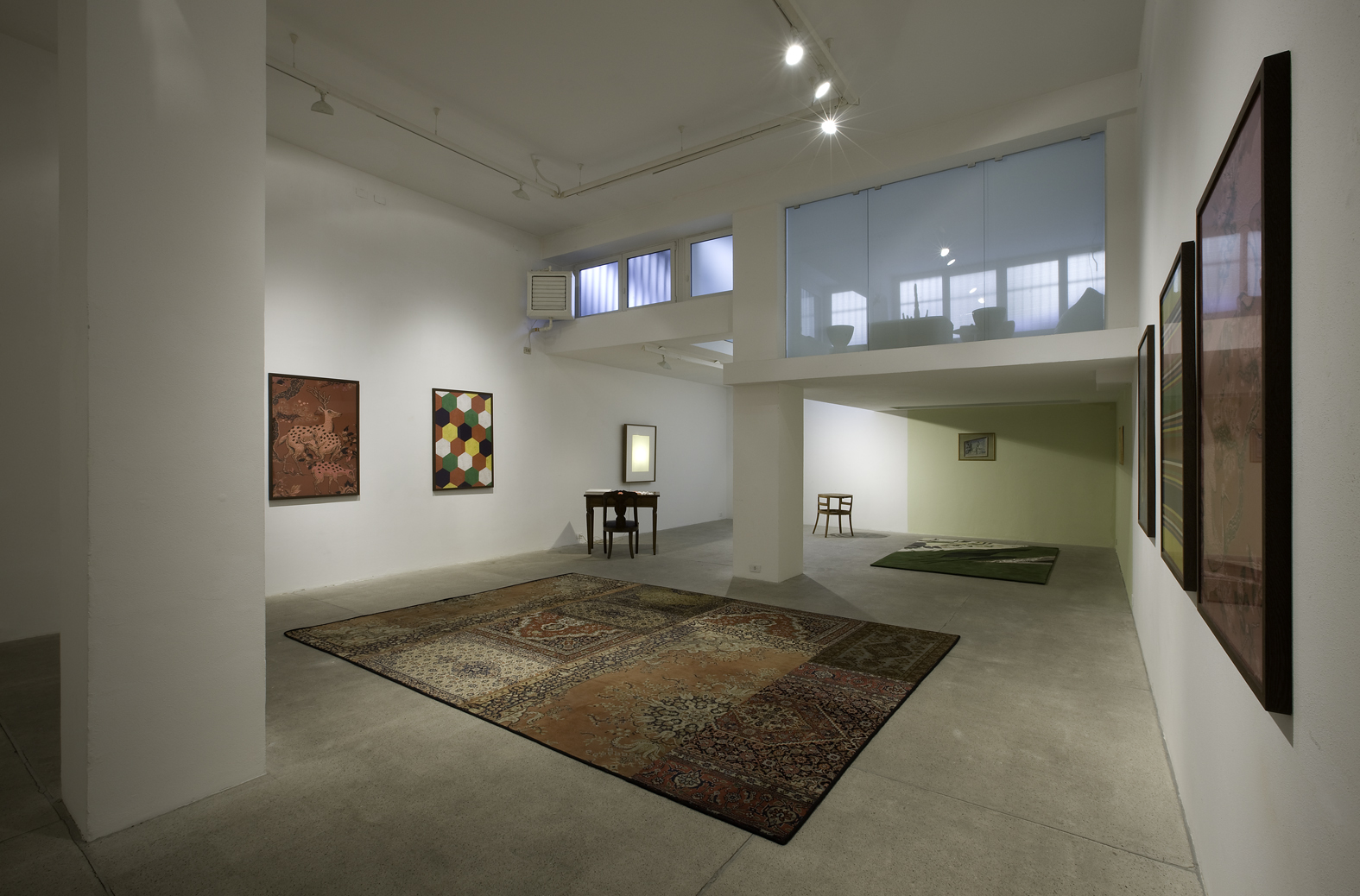 Accompanying the Miart fair (April 17-20) and on the occasion of the Salone del Mobile (April 22-27, 2009) the Gallery Raffaella Cortese will present an exhibition entitled Living with…

We are going beyond any limit between visual art and design we would like to introduce a world made by objects, furniture and carpets.
The simplicity of the forms of the works on show is an aesthetic quality which offers the possibility to control the meaning which has different levels of readings.

Barbara Bloom, an American artist, who by her own admission has a love hate relation with design, will present two installations where the link between carpet and photographic image is a riddle that entertains and intrigues the spectator.

Michael Fliri, in his video Image Image what do you want  build, dismantles and rebuilds a small house. It changes continuously its essence and thus is not easy to define, resulting in a metaphor of life its different paths.

The Korean artist kimsooja presents some works realized by her with fabric and textures strictly linked with the Korean traditions and culture. The decorations are good omen, and the sculptures are a sort of symbol of  a wondering life , bags (bottari) that are able to contain a mobile home.

The American artist Jessica Stockholder, with her colors, assemblage of objects and geometric designs, shows several pieces, among them a carpet a sort of a bi-dimensional version of her sculptures.

Cesare Viel, after his exhibition at the Villa Croce in Genoa, brings the work Mi gioco fino in fondo ma il fondo non ha  fine to Milan, where the metaphorical meaning of the sentence suggests (I’m pushing my self to the limit, but the limit has no end) the importance value of the path in respect to reaching the goal. La mia politica will also be exhibited where a corner of a “nineteenth-century” middle-class house offers the possibility to discretely and silently get closer to his book on Emily Dickinson. 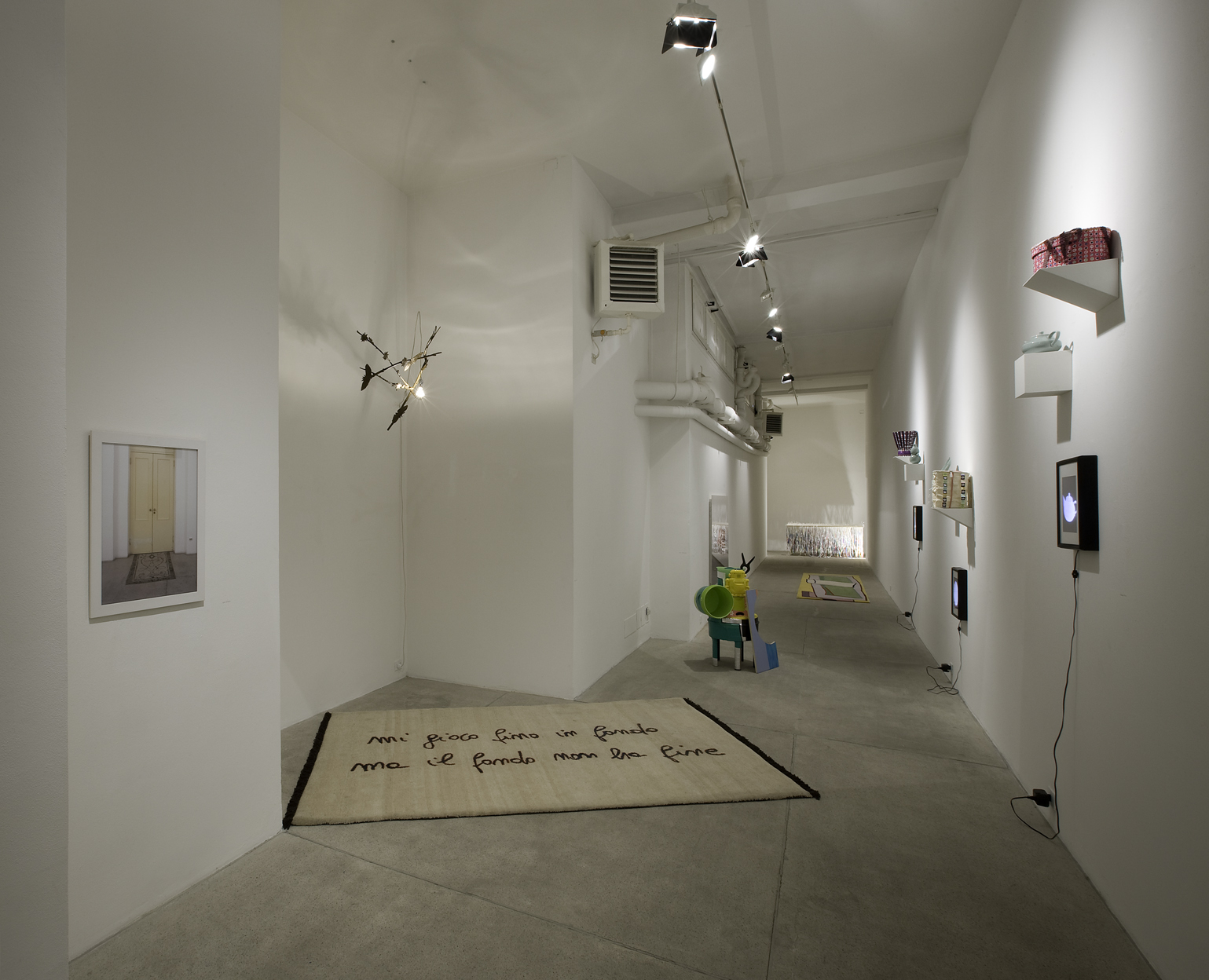