getting too old to die young

After his first presence in the group show Mumble Mumble (April 2007) and his strong involvement in the stand at Artissima (Torino Artfair, 2007) with the video projection I’m in hell and I’m alone, Michael Fliri, a young altoatesino artist, compares himself with the space of the Cortese gallery and re-draws it with the help of a wooden construction, that gives a strong effect on the architectural structure of the gallery, the most right venue for his three video projections.

The videos are a sort of trilogy where every single projection, although keeps its own identity, takes strength and meaning when it lives with the others.

The worldwide premiere work goes back over the topic that characterized Fliri’s video production: an ironic melancholy and a loneliness that comes out as existential pain.

Sorrow that the artist tries to minimize with a smile provoked by surreal and paradoxical situation inspired by cinematic field.

A reflection on the damned generation devoted to the “sex drugs and rock’n’roll” lifestyle, which it doesn’t realize is quickly arriving at the point of ‘getting too old to die young.’ 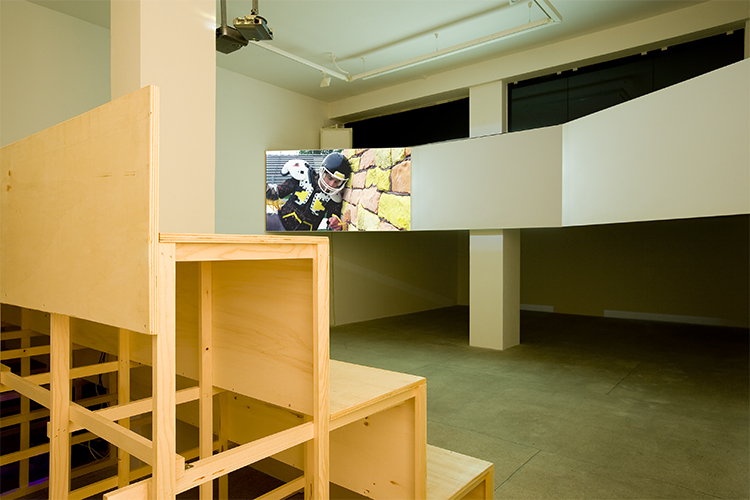 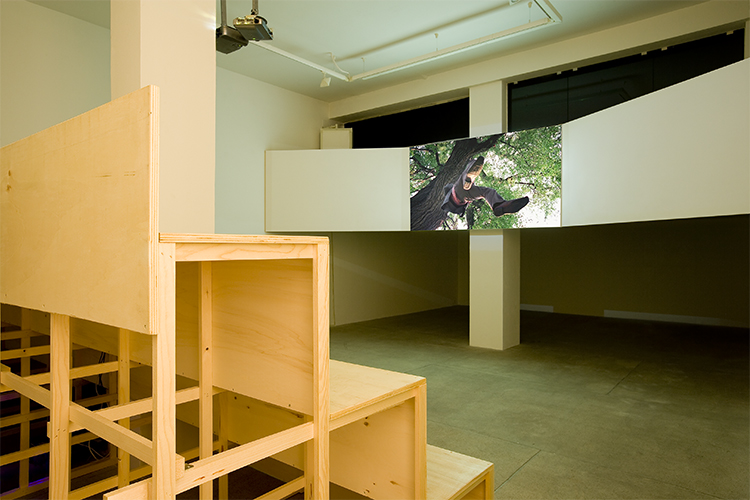 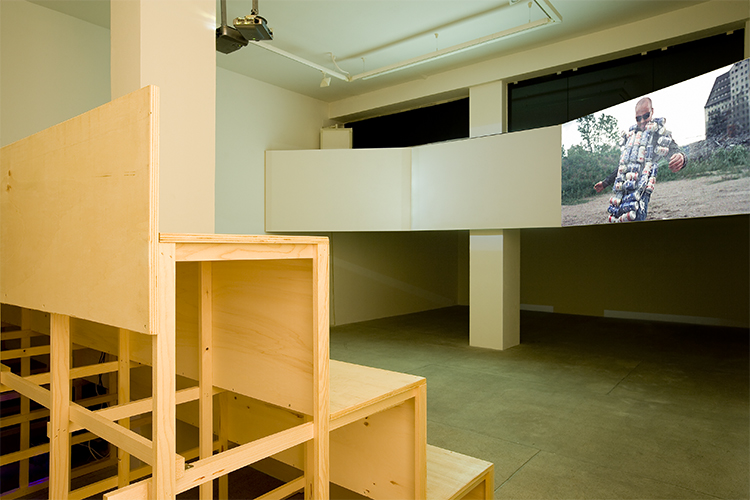